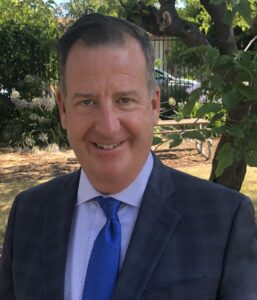 Matt is the Executive Director Lasallian Christian Brothers Foundation; he joined LCBF following a 14-year term as founding Principal and subsequent President of De La Salle North Catholic High School in Portland, Oregon (a Cristo Rey School). Previously, he was a teacher and administrator at La Salle Catholic College Preparatory in Milwaukie, Oregon. Between the two high school positions, Matt served as Vice President of Sales for Oregon Glass Manufacturing for 10 years. He earned a Bachelor of Arts (’84) from University of Portland in Theology while minoring in Business Administration and holds an Executive Certificate in Nonprofit Management from the Kellogg School of Business (’11). He has served on several boards, including the San Jose Cristo Rey Jesuit High School Board and the Lasallian Education Fund. He is an avid and long-time fundraiser for the Lasallian high schools in Portland, one of which is his alma mater, and brings years of leadership experience and development success to this board. Most recently, Matt served as the Interim President for Cristo Rey De La Salle East Bay High School for 17 months. He led a successful national search and  transition to the school’s current President, Stephen Murphy.