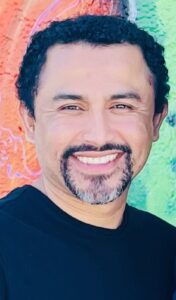 Mr. Edin Barrera, Academic and Social Emotional Counselor: Mr. Barrera joined the Cristo Rey Network in 2017 at our Sacramento campus. Starting this July, he will be joining us as our Guidance/Academic Counselor. Edin was born in Guatemala and immigrated to the United States at age seven. He has lived most of his life in Los Angeles where he studied his undergrad in Philosophy and a Masters in Theology. During his time in Los Angeles, he worked as a hospital chaplain and he also worked at Dolores Mission Church. His journey continued in Chicago, where he realized he wanted to work with youth. This passion and vocation led him to pursue a Masters in Counseling. After graduation, he came back to California to work at Cristo Rey Sacramento where he had the opportunity to work as the 9th/10th Counselor. During his time at Sacramento he worked with the parents and developed a Parent Committee and a Baking Club for students. Edin loves to serve his community with joy and compassion. He loves sports very much and prefers the Dodgers and the Lakers.