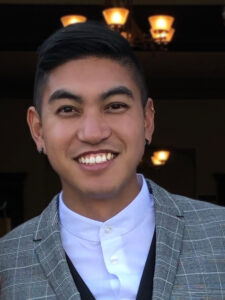 Mr. Christopher Hernandez found his passion for teaching and for the arts at a young age. He and his cousins would play “school” in which he would teach art lessons on how to draw their favorite characters. With a passion for cartoons, illustrations, comics, and animation, he formally studied all forms of art as an Animation/Illustration major at San Jose State University. His faith called him to ministry to serve as a youth ministry leader, and Catechist at Saint Anne Catholic Church, Union City. In 2004, his passion for teaching, art and faith led him to St. Clement Catholic School, Hayward. In contributing his artistic talents throughout campus and school events, he soon found himself as the school’s art teacher, Physical Education, Student Council moderator, and even 7th grade homeroom long-term substitute. A two-year Los Angeles residency offered Mr. Hernandez the opportunity of using visual arts alongside performing arts while working in social media and production, but he was ultimately pulled back to his true calling in education. With a natural competitive nature for games and sports, Mr. Hernandez loves the challenge in education. Always working on new active and creative endeavors, he is thrilled to explore what education is and can be in his new teaching role at Cristo Rey De La Salle.