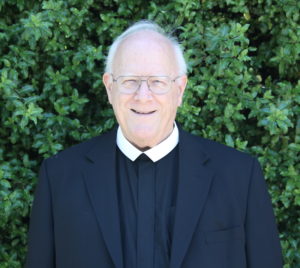 Brother Jonathan has been a De La Salle Christian Brother for over 55 years, having first encountered the Brothers in his hometown of Sacramento, California.  Having ministered in eight high schools of the San Francisco New Orleans District and having been a Director of six communities, Br Jonathan more recently served in two of the District’s Cristo Rey high schools as a founding member of De La Salle North Catholic in Portland, Oregon (2001-2009) and then at San Miguel in Tucson, Arizona (2009-2017). In 2018, Brother Jonathan became Director of the Brothers Community at Saint Mary’s College High School, Berkeley.